We invite you to the ninth edition of the Arab Days in Cracow 2013, which will be held from 22nd to 27th April. Ninth edition is organized by the Institute of the Middle and the Far East, Nahda Foundation and Cinema “Pauza”. Six days of events include conference, meetings, lectures, exhibitions, and workshops.

The leading title this year is: “Borders: crossed or moved? The Arab world in the postcolonial perspective”. Leading experts are: Dr. Patrycja Sasnal from the Polish Institute of International Affairs, Dr. Katarzyna Gorak-Sosnowska from the School of Economics in Warsaw, prof. dr. hab. Pawel Siwiec from the Jagiellonian University in Cracow, Dr. Katarzyna Jędrzejczyk-Kuliniak from the University of Wroclaw and dr.hab.Przemysław Turek, from the Jagiellonian University. Lectures and discussions will allow participants to open new areas of research and will introduce the answer to the persistent question of the border of the Arab world and the West. In addition to the discussion and debate, there will be numerous film screenings, exhibitions, and workshops. Arab Days are directed not only to students but to all residents of Cracow, who are interested in Arab culture, willing to travel to the Middle East or want to experience the great diversity of the region. 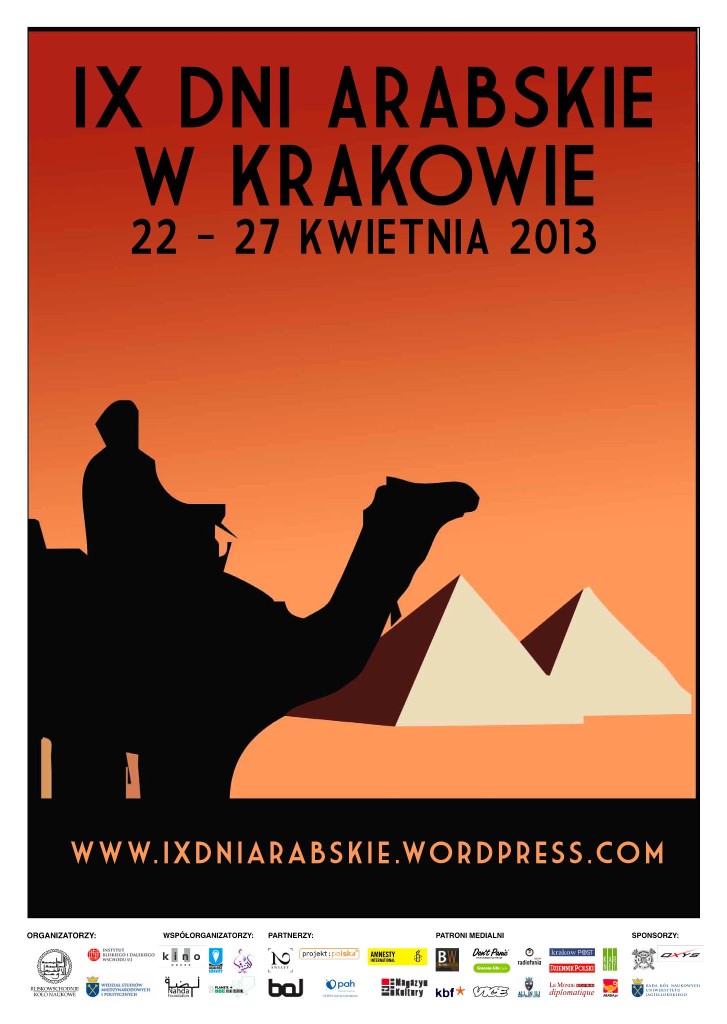